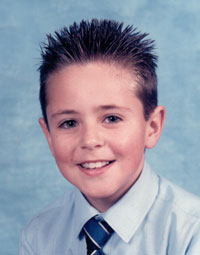 Having spent the previous 7 years at one of Scotland’s largest and best known law firms, Biggart Baillie, Stuart took the plunge and started his own firm in August 2010.

His purpose was not to compete with more traditional firms who offer a complete range of legal services but, rather, to focus on providing specialist advice in an exclusive number of areas which affect most people at some point in their lives. As such, Stuart deals with Conveyancing, Wills, Confirmation (Probate), Trusts, Inheritance Tax planning, Powers of Attorney, Guardianship Orders, Care of the Elderly and Charities.

In order to alleviate some of the difficulties which tend to arise as a result of charging clients on the basis on an hourly rate, Stuart was also keen to ensure that all work be carried out on a “fixed fee” basis which is agreed with the client in advance of any work being carried out.

Although based mainly in Glasgow, one of Stuart’s primary motives in setting up his own firm was to offer more flexibility to clients in terms of where and when they meet. As such, Stuart now tends to visit clients at their own home or place of business (anywhere from Berwick to Lerwick) and at a time which best suits them.

Stuart is a Tutor at Glasgow University, teaching postgraduate law students all they need to know about Wills and other exciting topics that take his fancy. He assumes that this is going fairly well as no-one from the University has asked him to leave yet.

Stuart believes in “practical” corporate social responsibility and, away from the office, he is a lay member of the Childrens Panel, a local authority initiative which aims to help vulnerable young people who are at risk or in trouble. He is uncertain whether he has helped to change the lives of any of the hundreds of young people he has met in the past 5 years but he does know that the experience of being a panel member has changed his own life.

Stuart is also a Trustee of a Rwandan based Charity, “Aid for Education”, which provides financial and practical assistance to ophans and young children, enabling many of them to attend school where they had previously been unable to afford to pay for their education.

In his spare time (all 10 minutes of it!) Stuart likes spending time with his wife Fiona, his family and friends, and is a committed member of his local Church.

He also plays the guitar. Badly. 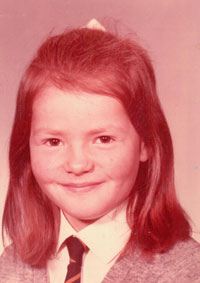 Alison joined the team in August 2011 from the University of Glasgow, having held posts as accounts clerk and University administrator over a period of 23 years there. Alison brings a wealth of administrative experience with her, and shares the firm’s commitment to the highest standards of both business management and client care.

Not long after qualifying with a Diploma in secretarial studies and languages at Napier University, Alison came to the University of Glasgow as a young secretary, typing lengthy documents in Gaelic! She moved to the department of Physiology at the University in 1989, where her career developed from typist to Accounts Clerk to Departmental Administrator, taking on the full gambit of administrative responsibilities that keep a large, busy teaching and research department running smoothly! While learning a little physiology by the wayside, her particular interest is in systems and processes, keeping things working smoothly.

With so many companies moving into greater use of the available computing technology, Eastons Private Client Solicitors has followed suit, and Alison’s first task was to help bring processes online and update database systems on the virtual network, allowing the team access to information no matter where they are located, which has allowed the work to expand in recent months.

In her spare time, Alison enjoys serving customers on a voluntary basis in Greenock’s New Dawn book and coffee shop, and having recently moved to Greenock “doon the watter”, she enjoys the scenery of the Clyde estuary, as well as the challenge of a large, only partially-tamed garden.

Emily is from Loch Lomond who graduated with Honours in Law with German Language from the University of Glasgow. Having achieved her Diploma in Legal Practice at Aberdeen’s Robert Gordon University, she completed her legal training working with an Aberdeen Solicitor’s firm for a couple of years before returning to the “bonnie banks”.

Based again in Glasgow, and working with a marketing and business development consultant, Emily crossed paths with Stuart at a networking breakfast in March 2011. It became clear that both shared a commitment to a fresh approach to legal practice, and Emily joined the team in the summer of 2011 to assist Stuart with preparatory work relating to new documents. Emily has enjoyed working closely with Stuart and Alison to form a strong new team, learning computer skills which enable her to work from any location, attending legal/business seminars together and building a portfolio of experience in private client law.

Emily shares the firm’s ethos of forging strong links within the community, and has done this over the years through her involvement with both local and national charities. She therefore finds it an honour, as well as a pleasure, to have served as a member of the board of directors of the Tullochan Trust – the largest youth charity in West Dunbartonshire, set up to help disadvantaged local youngsters succeed – and to have rejoined the Guide movement as a trainee Rainbows leader.

Apart from Law, Emily’s passion is music. As an experienced singer, having sung in the National Youth Choir of Scotland from 2001-2008, her ‘claim to fame’ remains the choir’s performance with Christina Aguilera, which opened MTV’s 2003 Europe Music Awards in Edinburgh and was (apparently) viewed by over a billion people worldwide. She has also been known to sing at wedding ceremonies and various other events and is current embroiled in the process of starting a small music business.